Yesterday Theresa May gave a statement to Parliament on Brexit negotiations and the government published two long awaited white papers on trade policy and customs.  The former provided a little more clarity on the government's proposal for a transition period; the latter provided little new detail on trade and customs after we leave the EU but do provide some additional pointers for how business should make contingency plans for a 'no deal' Brexit.

In Parliament Theresa May confirmed what many organisations have been thinking for some time:  in answer to a question from one of her backbenchers, she expressly said that the negotiations for our future relationship with the EU are unlikely to conclude in time for any organisation to plan for them before March 2019. For that reason the UK is proposing a transition period (of around 2 years) to enable government and business to plan and prepare for the future relationship with the EU.   She also confirmed that it is the UK government's aim that during this transition period (from the end of March 2019),  the UK would continue to be in the single market, the customs union and subject to the European Court of Justice (unless it proves feasible to move to new arrangements sooner).  This still needs to be agreed with the EU but  - most significantly -  this is now fully supported by the whole cabinet including 'leave Ministers' Michael Gove and Boris Johnson, which suggests it should stuck as government policy.

So we have a bit more clarity on what type of transition period the UK Government is seeking to try to ensure a 'smooth and orderly' Brexit.

Government also published a white paper on customs, intended as a precursor to a Customs Bill which will legislate for a future UK customs regime. In terms of what a future customs relationship with the EU might look like, this does not say much more than the 'position paper' published in August (you can read my analysis of that here).  This does confirm that the Uk customs legislation "will be mostly based on the [existing] Union Customs Code. The administration of VAT and excise regimes will remain largely the same as today".  The UK hopes to agree a 'frictionless' approach to UK-EU customs.

Perhaps more revealing is the section of the paper that looks at 'a contingency scenario' in the event of a 'no deal' Brexit from March 2019.  Key elements include:

- Traders that currently trade only with the EU will be subject to customs declarations and customs checks for the first time.

-Traders will need to be registered, certain goods may require import or export licences, and traders exporting to the EU will have to submit export declarations.

- Roll-on roll-off ports may see biggest impact in event of a 'no deal' Brexit.  The UK Government will seek to mitigate some of this in the Customs Bill by making provisions for consignments to be pre-notified to customs and introducing more streamlined customs arrangements (eg faster clearance for businesses that are accredited as Authorised Economic Operators).

The White Paper seeks the views of business and other organisations on a number of questions including the operational impact on EU supply chains, ideas for making border checks as simple and streamlined as possible, the possible role of intermediaries to facilitate customs processes,  and the likely costs to your business.

The Government's white paper on trade policy, published at the same time, is even shorter on detail. It is largely a pre-cursor to a Bill which will legislate to give the UK government the necessary legal powers to operate trade policy and negotiate trade deals after we leave the EU. It does confirm that the UK would not have any new trade deals in place during the transitional period the UK is seeking; but the Uk would propose to use this (2 year) transition period form March 2019 to negotiate free trade agreements with third countries.

For me the area which is most ambiguous in the paper is what status existing EU trade agreements with the rest of the world will have in the UK during the transition period.  The White Paper talks about 'transitioning EU third country trade agreements' - implementing into UK law the existing EU trade agreements which we are currently part of.  What is not clear is whether those third countries will offer the same trade terms to the Uk during a transition period in which we have left the EU (but remain part of the customs union and Single Market).

- We have more clarity on the transition period the UK government is seeking and our possible relationship with the EU during this transition (largely maintaining status quo in terms of trade with the EU).

-  We still need more clarity on how trade with third countries might be affected (or not) during the proposed transition period.

- We are still a long way from any detail on what future customs and trade frameworks might look like.

- And finally, government is making contingency plans for a 'no deal' Brexit; businesses and other organisations should do likewise and draw on the government's customs white paper to plan how to best mitigate the customs impact of a 'no deal' Brexit.

Yesterday Theresa May gave a statement to Parliament on Brexit negotiations and the government published two long awaited white papers on trade policy and customs. The former provided a little more clarity on the government's proposal for a transition period; the latter provided little new detail on trade and customs after we leave the EU but do provide some additional pointers for how business should make contingency plans for a 'no deal' Brexit 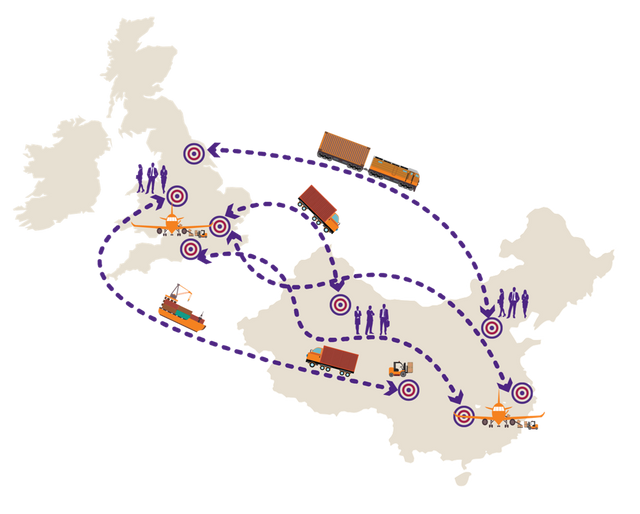 Today we have set out the first steps in the UK's future trade policy #tradepaper https://t.co/13T1Z5Jsxq pic.twitter.com/0EIqZEzACx

Important answer from PM to Anna Soubry (no one I've spoken to thinks this is possible) https://t.co/a7OCwv7Jes pic.twitter.com/8sZUlNXeIf

Important and underreported: James Brokenshire ruling basically everything out as far as the Irish border goes: https://t.co/gCvY2Uxn80

-so de facto (de jure?) we stay in Single MArket in transition period..wont implement trade deals either so (a?) Customs union too till 2021