With a mass sacking of ministers, Boris Johnson has formed a new government with a very different direction to his predecessor. This is an unequivocal “do or die” Brexit government, with no room for unreformed “Remainers”. It will also pursue a different set of policies beyond Brexit, which could reshape the business environment for organisations in the U.K.

So what does it mean for U.K. businesses? What are his priorities, who are the key players, and what will happen next?

Boris Johnson has talked about delivering Brexit, uniting the country and defeating Jeremy Corbyn. His priorities for this are:

On Brexit this is a “do or die” government. They are very prepared for 31 October to be a no deal Brexit.

The core of the Number 10 back room team is the Vote Leave campaign team, with Dominic Cummings running Downing Street operations.  Most ‘Remainer’ ministers have been purged and those securing posts (e.g. Amber Rudd at work and pensions) have had to pledge to countenance a no-Deal Brexit.

For business, key figures include Angela Leadsom at the Department for Business, Energy and Industrial Strategy. Expect her to be strongly deregulatory.

Chancellor of the Exchequer, Sajid Javid, is expected  to cut income tax (in his bid for Conservative leader he advocated a cut in base rate and the 45% top rate) and corporation tax as well as incentives for R&D and capital investment (as touted by Boris Johnson today); it will also be his job to turn on the spending taps for health, education and police.

At the Home Office, Priti Patel’s approach to immigration will be critical to skills and recruitment; expect Theresa May’s cap on immigration to be dropped and replaced with salary thresholds for different sectors.

In the coming days:  MPs go on holiday straight away and don’t return until September.  We may see a green paper on social care before then.   We should also see the launch of an extensive information campaign to encourage business to prepare for no-deal Brexit.

Over August: Brexit Secretary Stephen Barclay (one of the few minsters retaining their old job) and the Prime Minister’s Brexit Sherpa, David Frost, will be seeking renegotiation of the EU withdrawal agreement with the EU.

In September:  We should have a better idea of whether we are headed for a deal or no-deal Brexit by late September.  That will coincide with the party conferences.

In late September or early October Sajid Javid is likely to set out a new Budget, with tax cuts and spending commitments and designed to prepare the UK for Brexit.  A bigger spending review setting 3-5-year spending plans may follow in December.

September onwards:  throughout this time, MPs and journalists will be on election watch.

Boris Johnson may decide to call for an election (NB MPs then need to support this by a two thirds majority) or may be forced into one if he loses his majority in parliament (after next week’s by-election in Brecon and Radnor he may be down to a majority of just one in the House of Commons and there is talk of some Conservative MPs defecting to the Liberal Democrats or simply voting against the government if they face a no-deal Brexit).

Given elections take a minimum of 5 weeks, the chances are that we will have left the EU on 31 October before any election is complete.

As I have suggested before, there is now a significant possibility of no-deal Brexit and/or an election this autumn. The new government is designed for both.

Boris Johnson’s government is intended to take some of the wind out of the sails of Nigel Farage’s Brexit Party and to capitalise on disunity within the Labour Party. This may also see former Conservative voters shifting to Jo Swindon’s Lib Dems and with volatile politics and a four or five way split of votes, any election will be unpredictable.

Today may be a significant step in the realignment of political parties and usher in further political change.

This is an unequivocal “do or die” Brexit government, with no room for unreformed “Remainers”. It will also pursue a different set of policies beyond Brexit, which could reshape the business environment for organisations in the U.K. 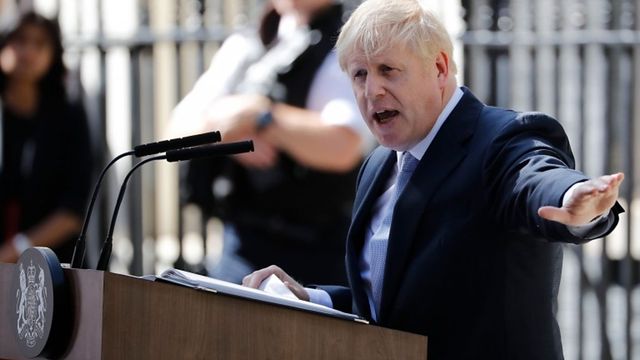