Most debate is - rightly - on assessing whether this proposal supports the Good Friday agreement and whether it can both maintain the integrity of the UK and the EU single market. I do not propose to debate these points here.  We will see in the coming days whether the EU responds positively to the backstop changes and whether this provides the basis for further negotiations and even agreement.  The EU has been unwilling to publicly dismiss this proposal outright, but the reactions of EU leaders suggest that they are unlikely to agree to the proposals.  I will provide more analysis of the business implications if and when further progress is made in negotiations.

What I want to draw attention to today is that for most businesses (UK, EU and rest of the world), the UK Government’s proposal significantly narrows the difference between “Brexit with a deal” and “no-deal Brexit” and means that businesses ready for no-deal will also be ready for Brexit if something like this deal is agreed.

Boris Johnson’s letter to President of the EU Commission, Jean Claude Juncker, includes a very significant passage that confirms that the UK is no longer seeking a future trade agreement with the EU that minimises non-tariff barriers by aligning regulatory regimes. The Prime Minister has hinted at this before, but this is the first time it is set out so clearly in black and white:

The letter also confirms that Boris Johnson is not seeking any change to the transition period set out in the Withdrawal Agreement negotiated by Theresa May last year. This provided for a 22-month transition to December 2020 during which nothing would change, to enable business to get ready and to enable a trade agreement to be negotiated covering the future UK-EU relationship. Any deal agreed by Boris Johnson’s Government will maintain December 2020 as the end date of the transition - so it will be a 14-month transition (and counting).

For many businesses, the benefit of a Brexit “deal” is that it provides a transition period to prepare and the “political declaration” accompanying it (and the backstop itself built a ‘bridge’ to) provided the basis for close regulatory alignment between the UK and EU in the future, enabling non-tariff barriers to be minimised as far as possible. The deal Britain Johnson is now seeking significantly whittles these away.

This week the Government also reconfirmed that free movement of people will end in the UK and that the UK will leave the customs union in December 2020.

Taken together this means that much of the business preparation for no-deal Brexit is relevant to a deal Brexit in just over a year. For example:

- customs and VAT processes will need to change as the UK becomes a third country and establishes its own customs regime and leaves the EU VAT area.

- those businesses dependent on EU workers will need to address retention and recruitment risks. And as the UK becomes a third country, arrangements for UK staff posted to the EU will be subject to the specific registration and social security requirements of each individual EU country.

- EU recognition of UK regulatory regimes, product standards and conformity testing may not be forthcoming, meaning UK businesses need to secure the appropriate authorisation in the EU (as many in financial services and pharma have already done). In many product areas, labelling and other changes (e.g. food labelling) will be required as the UK becomes a third country. Action by UK businesses to ensure continued transfer of data from the EU into the UK may be needed in the event of a deal as well as no deal.

In summary, many of the things businesses need to do to prepare for a no-deal Brexit would also be necessary in 14 months’ time if there is a deal. This is very much what my clients have found as they work though ‘deal’ as well as ‘no deal’ scenarios:  there are many ‘no regrets’ decisions that prepare for any eventuality. Whilst the outcome of Brexit remains uncertain, business can have some certainty that much of what it needs to do is the same whether there is a deal or no deal.

The UK is no longer seeking a future trade agreement with the EU that minimises non-tariff barriers by aligning regulatory regimes. For most businesses, the UK Government’s proposal significantly narrows the difference between “Brexit with a deal” and “no-deal Brexit” and means that business ready for no-deal will also be ready for Brexit if something like this deal is agreed. 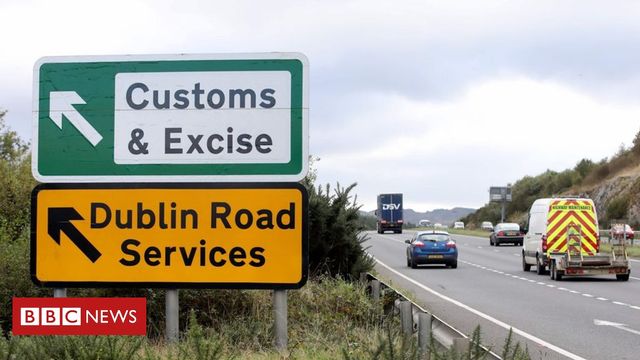 UK publishes #Brexit proposals to the EU, including plans to replace the Irish backstop with an "all-island regulatory zone" https://t.co/ktzbhR9qaV

3 Lab MPs say signed up to deal having held out for MORE guarantees on keeping regulatory standards with EU, but this designed around “no need for extensive level playing field commitments” on worker/economic/ environmental standards “envisaged in previous [backstop] protocol” .. pic.twitter.com/GCOHShoTwk

Key analytical point - UK clearly wants significantly lower ongoing alignment with EU than under May.
“That proposed future relationship is to the goal of the current UK Govt” - therefore the backstop, says the PM not needed and is now a “bridge to nowhere”. pic.twitter.com/QiAl1qmsSW

But go through the deal line by line (see below) and it's clear - as @LeoVaradkar says - it is hugely problematic.

(See below for attempt to look at it part by part - customs, vat, goods etc - and where it will/wont fly. /3https://t.co/afL1uv9e1u