I spent the start of this week at the Conservative Party conference in Manchester, taking the temperature and policy priorities as we head into a tempestuous political autumn and winter.

Here are my five take-outs that may shape the U.K. business environment:

1. Tax cuts afoot: A Conservative government under Boris Johnson will pursue a decidedly “pro enterprise” low tax and deregulation agenda. There were no tax announcements – we will have to wait for the Budget (in the next month or so?) - but Boris Johnson repeatedly referred to cutting tax in his speech. And the chancellor confirmed he has a package of fiscal incentives ready to release in event of no-deal Brexit.

2. Deregulation: The Chancellor also emphasised a desire to pursue a new regulatory approach in areas like retail and green tech when the U.K. leaves the EU. He announced a Brexit red tape challenge - regulations to be cut or changed after Brexit.

3. Unleashing rather than restraining capitalism: Theresa May’s “responsible capitalism” agenda barely featured. Much more about unleashing capitalism than reinforcing obligations to society of business – except for the significant increase in the minimum wage announced (£10.50/hour for all workers over 21, by 2024)

4.  Deal or no-deal we are heading for a hard Brexit:  Whether or not we have a no-deal Brexit on 31 October, the long-term relationship with the EU is a harder Brexit than under Theresa May. Market regulatory alignment with the EU has been abandoned - the aim is for the U.K. to diverge in regulation as well as trade policy. That in turn will make a zero-tariff trade deal with the EU less likely. This change in Brexit direction mirrors the fact that last year the Leave campaign was at fringe events outside the conference hall; this year the mainstream events in the hall were Leave campaign rallies.

5.  Money for “shovel-ready“ infrastructure investment - in hospitals, roads, buses and broadband. there was little on “grand projects” and HS2 got no mention. Projects that can start spending now will have an impact electorally and as a stimulus to the economy in response to Brexit uncertainties. There may be opportunities for business here.

All of this is against a backdrop of political volatility which means we continue to be in a pre-election campaign mode which will continue until we have an election - whether before Christmas or early spring next year.

In summary, business should be prepared for a “Singapore style” Brexit with low tax and deregulation plus increased spending on infrastructure and public services. Unless Labour win the upcoming election: in which case, as my colleague Tom reported last week, expect the polar opposite on tax and regulation and for the role of the private sector to be significantly diminished.  Never have we had such political unpredictability together with such extreme differences between the economic policies of the main parties.

A Conservative government under Boris Johnson will pursue a decidedly “pro enterprise” low tax and deregulation agenda. Deal or no-deal we are heading for a hard Brexit. And there is money for “shovel-ready“ infrastructure investment 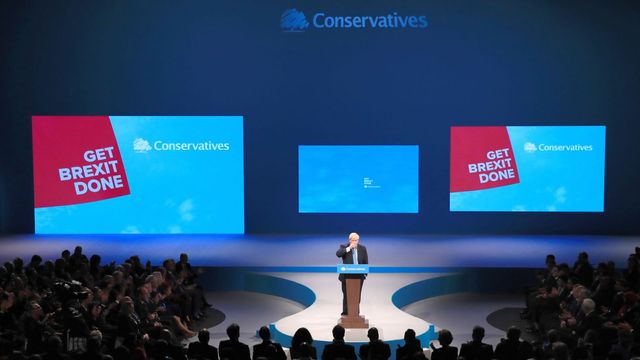