Following the official EU confirmation of the Brexit extension today, organisations can stand down emergency plans for a no-deal Brexit this Thursday.

The new Brexit date is 31 January 2020 or,  if the withdrawal agreement ('divorce deal') is ratified before then, the end of the relevant month.

31 January becomes the new date when we might have a no-deal Brexit.

In other news, the Labour Party has confirmed it will support a December election. Legislation this week will set the precise date (probably 9-12 December). This means the election will take place before the recent EU Withdrawal Agreement can be ratified, so the new Brexit dates become 31 December or 31 January.

Ratification of the deal by one of these dates is most likely if a Conservative government is elected.

The EU has also specified that the extension cannot be used to negotiate the future EU-UK trade relationship, so the 'transition period' is squeezed further; it is now only 11 months to the end of December 2020 (though this can be extended for two years) for the UK to negotiate a trade deal and for business to prepare.

The EU has also stated that the Withdrawal Agreement (the new divorce agreement with Northern Irish Protocol agreed the other week) cannot be renegotiated.

If the Labour Party forms a government after the election, they say they will seek to renegotiate the deal to agree a softer Brexit option and hold a second referendum.

It seems likely the EU would agree a further extension and renegotiation for this if they had a clear majority - but remember this course of action would require all EU leaders to agree.

The EU would be tested if the election produces a Parliamentary stalemate - Groundhog Day. They may or may not agree an extension if the election does not break the deadlock.

So, hold onto your hats for an election. The outcome could be no-deal, a deal followed by hard Brexit, a soft Brexit, no-Brexit or more indecision.

How should businesses respond?

Come what may, business is unlikely to have much time to prepare. No-deal Brexit remains the default and no-deal plans should be reviewed and rolled forward to January.

In the short term – and perhaps longer term – we will see continued uncertainty which will continue to impact on investment, recruitment and cashflow.

Focusing on cost reduction, cash management, skills and talent plus new markets should remain a mainstay of any business plans to build resilience in uncertain times.

For further support and information on how we can help: www.grantthornton.co.uk/brexit

Following the official EU confirmation of the Brexit extension - organisations can stand down emergency plans for a no-deal Brexit this Thursday. But hold onto your hats for an election. The outcome could be no-deal, a deal followed by hard Brexit, a soft Brexit, no-Brexit or more indecision. 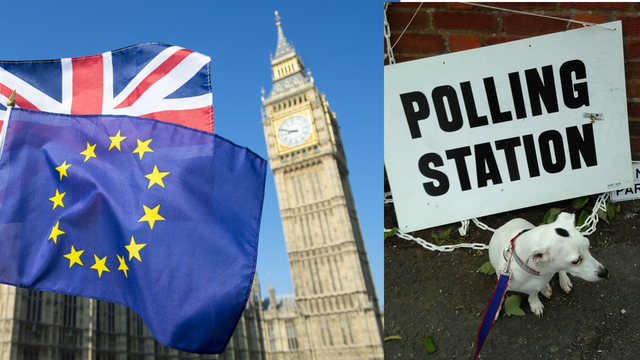