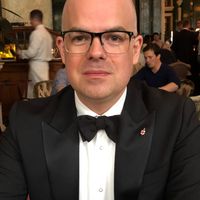 Our team loves a technical accounting challenge - we’re financial reporting specialists after all. So, when I mentioned that I found my favourite blockbuster on Amazon over the weekend (a science fiction classic about cloning dinosaurs), the conversation obviously moved to the challenges the theme park CFO would face (those imposed by IFRS rather than the dinosaurs).

Let’s begin with the dinosaurs

Whilst viewing a brachiosaurus feeding on tree branches, tourists may have considered whether the science behind cloning dinosaurs was ethical. Accountants like us on the other hand, are thinking about how best to recognise and measure these biological assets.

Biological assets need to be measured at fair value less cost to sell [IAS 41 par 12] and in most cases, the assets are grouped according to age or quality [IAS 41 par 15]. This measurement exercise is complicated for poultry farmers never mind for palaeontologists: a dinosaur egg could require a completely different fair value measurement basis compared to a fully-grown triceratops. If there is a lack of quoted market prices, which would likely be the case for dinosaurs, management could measure the dinosaurs at cost [IAS 41 par 30]. At the park’s next year end however, the dinosaurs would need to be measured at fair value (this may be irrelevant considering the eventual closure of the park) [IAS 41 par 31].

What about the goats and other wildlife used to feed the likes of the T-Rex? IFRS remains silent on biological assets that might meet the requirements of inventory, but in the end, we concluded that the net realisable value and fair value less costs to sell of goats would probably not be materially different. Maintaining an up-to-date stock report, however, would be a challenge (perhaps simply expensing the cost of goats would be consistent with industry practice?).

We then drew our attention to the crux of the story line: the power failure and the beginning of the park’s demise. The dinosaurs have escaped and are running riot around the park, followed swiftly by damage and bloodshed. What would we be thinking amongst all of this? An indication of impairment is present [IAS 36 par 12]! Biological assets cannot be impaired as they’re measured at fair value [IAS 36 par 2], but what about the other assets at the theme park and the development behind these rowdy animals?

The dinosaurs were formed using preserved DNA in amber, coupled with DNA from common reed frogs – quite a complicated process. There are six criteria that a company needs to demonstrate before development expenses can be capitalised, the most difficult of which would have been proving the technical feasibility of the work [IAS 38 par 57]. Assuming the scientists could prove this, the dinosaur rampage probably means that the capitalised development costs are impaired.

Although the park’s founder could have probably financed the entire company, he may have obtained external financing to leverage the business. The disaster would have raised the risk of default, causing the company to breach its financial covenants and repayment terms. Once the dinosaurs started eating people, the financiers also may have wanted to call on their loans, not trusting that they would be repaid. Even if this wasn’t the case, the impairment of key assets in the business could cause a breach in covenants resulting in an immediate repayment of debt [IFRS 9].

Several other accounting issues arise on the topic of human ingestion:

·        Has the workers compensation accrual been appropriately recognised and measured?

·        Are there any litigation provisions or contingent liabilities that need to be recognised or disclosed?

Provisions need to be recognised if the company has a present obligation [IAS 37 par 10]. Although one may think the park’s disaster creates the present obligation, it may have been when the dinosaur DNA was compromised. Any inaccuracies in recognising and measuring these liabilities could have a significant impact on the earnings and ultimately the reserves of the company. This would bring into question the legality of any dividends that had been declared.

The real disaster: the balance sheet

Revenue is one of an entity’s and investor’s key performance indicators, and when it comes to ticket sales and recognising revenue, IFRS 15 makes it clear that consideration should be recognised to the extent that it is highly probable that a significant reversal in the amount will not occur [IFRS 15 par 56]. Would the park’s management have factored this in when recognising revenue of pre-sold tickets, considering the risk of injury, disability or death? We guessed not as when we’re introduced to the founder in the film, he seems confident that the park is safe and on the road to success.

We’ve seen several of our clients being significantly impacted by IFRS 16, so surely this would also be the case for the park? We expect the founder to have acquired the island (as that’s what most billionaires tend to do…) but what about the science equipment in the laboratory? The equipment may have been so specialised in nature that if they were leased, the leases may have been classified as finance leases under IAS 17. This means that once IFRS 16 is adopted, there would be little impact.

There may be other smaller leases at the company: motor vehicles (everyone seemed to drive a Jeep), vending machines, catering equipment and other visitor necessities. These leases would also need to be brought onto the balance sheet [IFRS 16 par 22]. For all these arrangements, we would expect a significant change in dilapidation and restoration provisions to be recognised through the income statement upon the demise of the park.

In the end and despite the founder’s initial positive attitude, the park is not endorsed for public use and this lack of endorsement would ruin any future revenue-generating potential of the park. This would most likely lead to the park not being classified as a going concern and the liquidation basis of accounting being used [IAS 1 par 25].

All these challenges did not look good for the theme park CFO: difficult recognition and measurement principals, detailed impairment analyses, transition to new accounting standards whilst dealing with the day-to-day responsibility of survival and identifying the correct basis on which to prepare the accounts. Could you take on the CFO’s duties, or worse yet, identify any more financial reporting challenges? 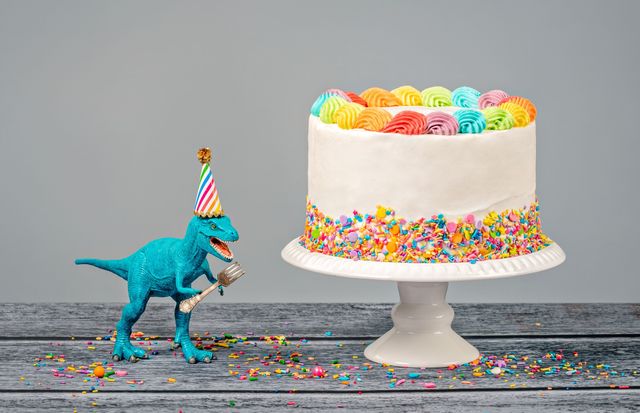 Are you really done with discount rates…?
Jon Wallis CA

Are you getting stuck on IFRS 16 impairment?
Jon Wallis CA

Are you at risk of a potential restatement of your IFRS 16 transition?
Jon Wallis CA
Recent posts from Politics and the Economy

No let up for new car registrations - down 7.3% YoY
Owen Edwards
repost  cancel