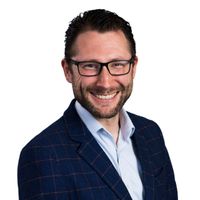 In a conversation earlier this week someone said to me that they'd been to an event about executive coaching. The presenter apparently claimed that robots will entirely remove the need for a human coach within ten years.

And research from Oxford University (from 2017) potentially backs up this point. According to that study, there's a 50% chance that artificial intelligence will outperform humans in all tasks by the mid-2060s.

And yet I find myself passionately disagreeing with that presenter, because I believe the technology that removes the need for a human coach has already been present for at least 50 years. ELIZA was a computer program written in the 60s by a psychotherapist and is available in several places online (such as here). This is a conversation I just generated with it...or should that be her:

> How are you today.. What would you like to discuss?

* I would like to work on my presentation skills.

> That is quite interesting.

* I find that I get nervous before stepping on stage.

> Can you elaborate on that?

* My heart beats very fast and I stumble over my words.

> What does that suggest to you?

The text interface is different from an in-person conversation, but technology enabling a spoken conversation is already here. With the right attitude on the part of the coachee, a 90-minute session with ELIZA could easily give one the time to think and be asked genuinely non-directive questions.

That said, I don't think the role of a human coach will ever be removed by machines because of the thing that humans uniquely bring: personal presence.

(I'd also argue that humans bring intuition, although some of the decisions machines are making now would give the impression of being quite intuitive so I can imagine that being coded with ten years.)

In my home I have a voice-controlled smart speaker, whom I can have close to a full conversation with (even using ELIZA - see the video below). It is permanently in my living room, and yet part of its beauty is that I'm unaware of its existence until I want to use it. It doesn't have personal presence, and it will never get past an illusion of it.

So coaching can be replaced by a machine - should it?

In a lot of cases - like performance coaching - the answer's probably yes. Even something as simple as ELIZA offers great value for the investment of time.

But for the real value that coaching can provide - the support and challenge that's felt through a physical and intuitive person - we're a very long way away from a machine providing that level of value.

Researchers believe there is a 50% chance of AI outperforming humans in all tasks in 45 years and of automating all human jobs in 120 years.

How do you know you have a good coach?
Sam Isaacson

Do you really want your people to think for themselves?
Sam Isaacson

Automation: opportunity or threat?
Sam Isaacson
Recent posts from Politics and the Economy