Looking at the election manifestos of the Conservative, Labour and Liberal Democrat parties, there is some common ground as well as some big differences on business tax issues.

Headline corporation tax rates: back to the Future

These three political parties are all referencing their headline Corporation tax rate against a previous year:  the Conservatives are freezing rates at the 19% introduced in April 2017; the Liberal Democrats are pinning it back up to the 2015 rate of 20%; and over three years Labour would take it back up to the April 2011 rate of 26% by 2022. The SNP would oppose ny cuts to corporation tax.

All the parties have also signalled a review of business tax reliefs.

The Conservatives have promised to redesign the tax system so that it boosts growth.  Their manifesto proposes to increase R&D tax credits to 13% and review the definition of R&D so that areas such as cloud computing and data are also incentivised.

The Liberal Democrats are also proposing to allow companies to claim R&D tax credits against the cost of purchasing datasets and cloud computing and they have previously suggested a more standardised, simplified approach to tax reliefs.

Labour has proposed a thorough review of corporate tax reliefs, to report after 6 months with a view to generating £4.3 billion of savings by 2024. A phasing out of R&D tax credits for large corporations and the Patent Box is also proposed, whilst keeping the R&D tax relief for smaller companies.

Tax transparency and enforcement:  more action by any government

The Conservatives propose measures to tackle tax evasion and reduce opportunities for aggressive tax avoidance, with a new anti-tax avoidance and evasion law that would:

·       Create a single, beefed-up Anti-Tax Evasion unit in HMRC that covers all duties and taxes from individual errors to deliberate non-compliance - which is put on a legislative footing

·       Introduce a new package of anti-evasion measures including measures to end tax abuse in the construction sector, illicit tobacco packaging and further measures to avoid profit-shifting by multinational companies to avoid paying taxes.

In addition, the Conservative manifesto pledges to Implement the Digital Services Tax, a 2% tax from April 2020 on the revenues of search engines, social media platforms and online marketplaces which derive value from UK users.

Labour propose to launch ‘’the biggest ever crackdown on tax avoidance and evasion". They have set out plans for an extensive Tax Transparency and Enforcement Programme  (https://labour.org.uk/Fair-Tax-Programme-2019) which includes:

·       Measures to improve transparency, including extending the register of beneficial ownership and an inquiry into the finance sector.

·       Stronger law, enforcement, and support for HMRC including a specialised Tax Enforcement Unit

·       Cross-border action on avoidance and evasion, including minimum standards for Crown Dependencies and overseas territories and a withholding tax for ‘abusive’ tax havens

This is a very detailed programme with a lot of new measures, so worth checking the detail (or ask your tax adviser).

As regards multinational corporations, Labour proposes treating groups of companies under common ownership as unitary enterprises so that profits are treated as arising where economic activity occurs or value is created using formulary apportionment.

The Liberal Democrats have also set out a range of activity including a new General Anti-Avoidance Rule, further action on profit shifting, setting a target for HM Revenue and Customs to reduce the tax gap and investing in more HMRC staff.

The SNP manifesto also backs improvements to tax collection and tougher action on tax avoidance and evasion, including a review of the closure of HMRC offices and publication of beneficial ownership of Scottish Limited Partnerships, other companies and trusts.

These proposals, across the political parties, indicate that the UK corporate tax landscape will continue to change after the election, whatever the results.

Whether we have a Conservative or Labour government on 13 December or a hung parliament, there will be a continued focus on all aspects of corporate tax policy: revenue, fairness and efficacy.

For more election analysis of tax implications for business, my colleagues have been busy:

Election 2019 business tax:  Lee Holloway sets out five key areas of business tax that could change significantly as a result of the election, how quickly change could happen, and how business can prepare for change.

Election 2019 - Brexit and tax:  Unlike previous elections, Brexit is an extra dimension to consider in assessing the possible taxation impacts of the new government on your business. Tom Rathborn looks at tax and the Brex-election.

In this election, there is some surprising common ground on business tax: all the main parties have signalled a review of tax reliefs, new tax transparency and anti-avoidance measures, and headline Corporation Tax rates that reference Budgets earlier in this decade. Albeit these include very big differences in approach. 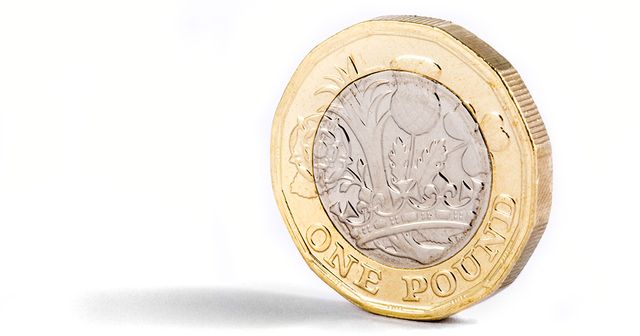