With less than sixty hours to go before the UK goes to the polls here are five things we already know about the likely outcome:

1.  Economic disruption: The big dividing lines in this election are about redrawing and rebalancing the economy: “for the many not the few” or “taking back control from the EU”.  It will lead to fundamental changes in tax, labour markets, regulation and financial markets – either as a consequence of a Conservative Brexit or Labour economic policies.

2. Redrawing the political map:  if the Conservatives win, they will do so by winning in towns of the North and Midlands. That will re-shape Conservative policies over the next 5 years as they appeal to their new voter base.

3.  Austerity is (sort of) over, on all sides – but big tax cuts may be over too, as increased borrowing must be paid for. On spending, all parties are splashing the cash on capital investment (infrastructure); on day-to-day running costs, Labour and Liberal Democrats would reverse austerity whilst Conservative plans are much more modest.

4.  Brexit: clarity in sight?  We should have Brexit clarity by the summer 2020.  A Conservative government will have to confirm by then whether they will extend the transition period or pursue a hard Brexit on 31 December 2020.  Under Labour or a hung parliament, we should have had a 2nd referendum by then.

5.  Climate action is on the agenda:  sustainability has become a key election issue.  This will drive regulatory change regardless of who wins.

And what is my prediction?

Elections are complex dynamics, but one easy test is whether the parties have a clear message. I can’t help feeling that Labour hasn’t managed a clear signal above the noise in contrast to the Conservative’s ‘Get Brexit Done’ (whether you like it or not).

For that reason, plus the consistent message from national polls, I think it will be a Conservative majority but smaller than some polls are predicting – maybe around 20 seats.

With a greater number of marginal constituencies than ever, fluid political allegiances, margins of error in polling, and heavy rain forecast for polling day, the result remains unpredictable.  We could see anything from a Conservative landslide victory to a Labour minority government.

So, my final prediction is that the result is unpredictable:  whatever happens there will be some surprises on Thursday night.

To help make sense of the result and explain what comes next I am hosting a post-election webinar on Wednesday 18 December, with a panel of Grant Thornton experts.

We will share insights on what the result means for the UK business environment and how you can prepare for any imminent changes.  If you would like to join in, you can sign up here: grant-thornton.2019-general-election-webinar 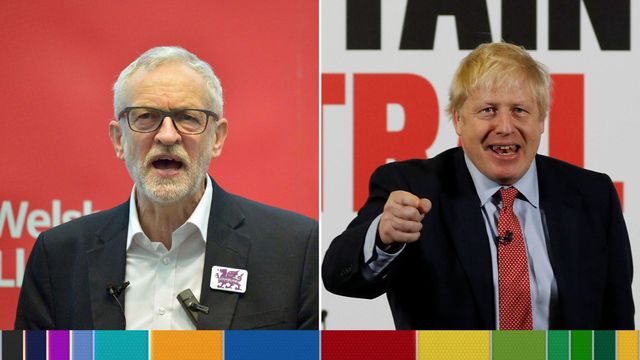