It is a week since Boris Johnson was returned as Prime Minister with a big parliamentary majority.  Today, with the state opening of Parliament, he published his Queens Speech – the Government’s legislative programme and priorities for the next two years. So, as Christmas and the New Year approach, what have we learnt about what the new Government will mean for business?

What is already very clear is that with such a big majority we have a strong and stable government for the next five years at least. The Prime Minister will still need to manage the different coalitions and interests within his party and those who elected them, but he is in a position of immense power and the Government will be able to pursue radical policies and take decisive action.  With the ability to take action and tackle more controversial issues, we can expect very big changes across the economy and society over the next 5 years. 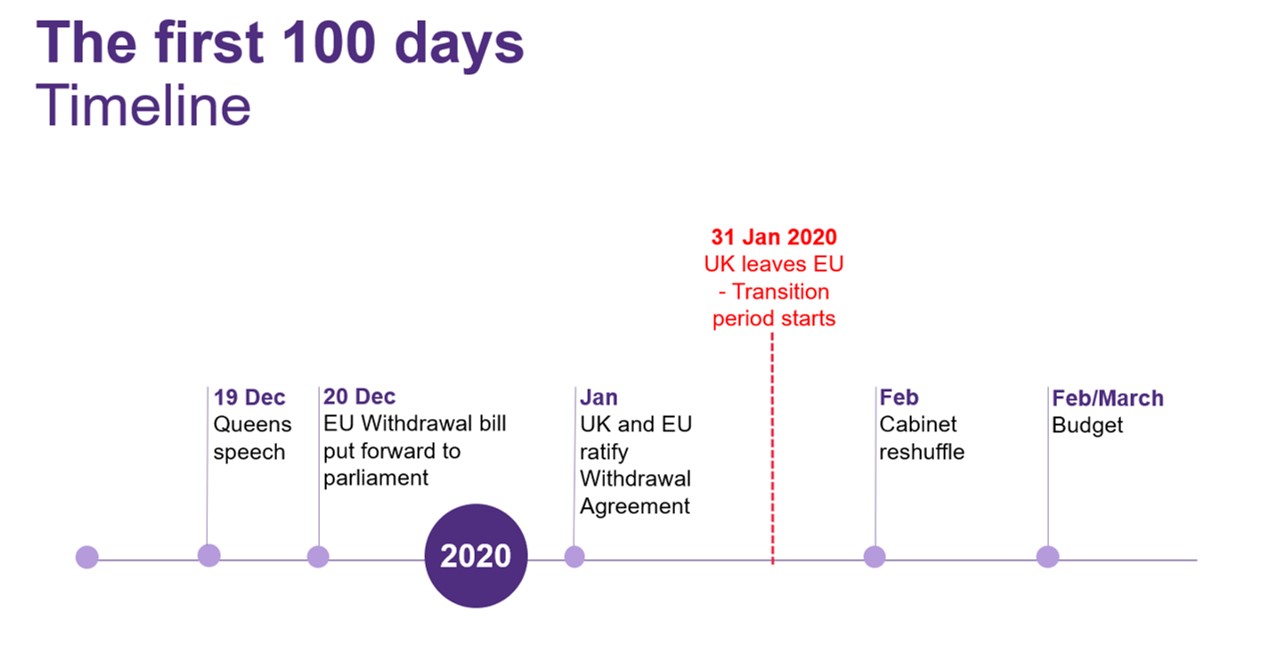 Here are five themes which will shape the government and shape the business environment for the next five years:

1. Brexit is happening. We will leave the EU in six weeks’ time. Today the government published an updated EU Withdrawal Bill – the legislation it intends to pass in the coming weeks, to enable the UK to leave the EU on 31 January. That sets two key dates:

Any prospect of a second EU referendum is dead and buried.

2. But a second referendum is now possible in Scotland. The Scottish National Party (SNP), fresh from winning more seats in last week’s UK elections, will be at loggerheads with the Boris Johnson government on the issue of Scottish independence and may gather support. Today Nicola Sturgeon, leader of the Scottish Government, wrote to Boris Johnson requesting a second referendum on Scottish independence.  He will not agree to this.  But the stage is set for an SNP campaign over the next year, leading up to the 2021 elections in Scotland and the possibility of a referendum after that.

3. Investment in communities:  The Conservatives won by converting ages old Labour northern and midlands and welsh towns. Holding on to these seats will Change Conservative party and policies. Expect more on rebalancing the economy, with infrastructure investment, and public services investment in the NHS – two of the big themes in today’s Queens Speech and ones we can expect to see recur in the Chancellor’s Budget in the February or March.

4. Traditional values:  In the election, the Conservatives won over Brexit Party supporters and traditional Labour supporters. They won them over on issues like law and order and immigration as well as a clear cut with the EU. Those will be priorities for the government – and not “metropolitan liberal” social values. The Queen’s speech reiterated this – with a package of law and order measures and the promise of an Immigration Bill which will end free movement from the EU and equalise the treatment of EU and non-EU immigration.

5. Free market economics:  These policies will be implemented alongside free market economics, with a strong focus on creating a competitive business environment and a push for a US trade deal and free trade agreements with Japan, New Zealand and Australia.  We can expect a deregulatory streak, which may become more apparent when we know the shape of the Whitehall Business Department and who the Minister is in charge, after the major reshuffle planned for February.

Since the 2015 election the UK has been in a political holding pattern.  Boris Johnson’s big win breaks that.  We now have five years of change ahead.  This will be different to any previous Conservative government. Brexit will happen – a harder Brexit in Great Britain and softer in Northern Ireland (thanks to the ‘Northern Ireland protocol’).  Looking ahead, we may see more tax changes in the Budget than perhaps have been anticipated.  And over the longer term and we will see big change across the business environment that people should factor into their planning.

In the New Year I’ll continue to try to forecast more of the trends and translate what the political and regulatory changes mean for business. And I’ll be helping businesses get ready for full Brexit on 31 December 2020, adjusting business models to the new world.

In the meantime, have a great Christmas.

And if you have a spare 45 minutes over the holidays, why not listen to my post- election webinar, where I explore some of these themes in more detail with experts from Grant Thornton: grantthornton.co.uk/insights/conservatives-win-mandate-to-get-brexit-done/

The Prime Minister is in a position of immense power and the Government will be able to pursue radical policies and take decisive action. With the ability to take action and tackle more controversial issues, we can expect very big changes across the economy and society over the next 5 years. 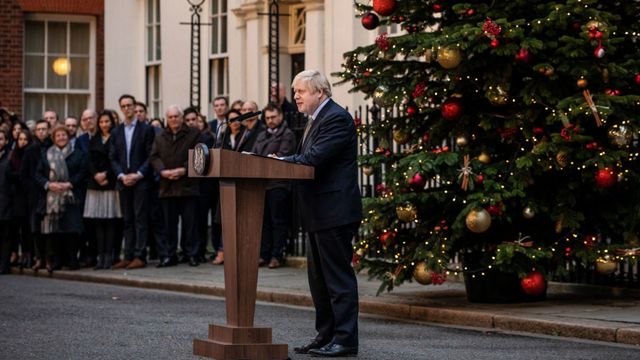