Barring any last-minute mishaps, the UK will leave the EU in 4 weeks, at 11pm UK time on 31 January.

This should be on the basis of the EU-UK Withdrawal Agreement, avoiding any cliff edge no-deal Brexit at this point.

What changes on 31 January and do businesses need to do anything?

Whilst the 'implementation period' guarantees that little changes on 31 January, you should ensure your customers and employees understand this; and there are some exceptions that could affect your tax and market access outside the UK.

What happens on 31 January?

Provided the UK and EU Parliaments both ratify the Withdrawal Agreement in the next few weeks  (there is a possibility the European Parliament may hold up the process), then on 31 January:

-      The UK legally leaves the EU.  This means that in terms of relations with non-EU countries, the UK is no longer a member of the EU.

-        The ‘implementation period’ begins (also known as the ‘transition period’). During this period the UK is for all intents and purposes a non-voting member of the EU:  the UK continues to participate in and be bound by EU rules, the single market, customs union, free movement of people and EU programmes.  As the Withdrawal Agreement says: “The UK will continue to participate in the EU Customs Union and the Single Market (with all four freedoms) and all Union policies. Any changes to the Union acquis [ie new EU legislation] will automatically apply to and in the UK”.

What are the implications for business?

In terms of UK trade with EU countries, nothing changes on 31 January and for the duration of the implementation period.  Business have continued access to markets and customs-free trade between the EU and UK.

Some countries (e.g. Switzerland, South Korea and Israel) have agreed to ‘roll over’ EU trade agreements to cover the UK.  Other countries have yet to confirm whether or not they will roll over these trade agreements (e.g. Canada, Mexico and Egypt); UK exports or services to these countries may therefore be affected from 31 January. Most countries are expected to confirm once the Withdrawal Agreement is fully ratified by the UK and EU Parliaments (eg Canada has indicated they will do so) - but this will be barely a week or so before Brexit day.

Whilst EU tax directives will continue to apply in the UK during the implementation period, there are some implications for tax:

UK entities may fall outside the scope of some domestic tax law provisions in individual EU countries, creating potential exposure: There are areas of domestic tax law in individual EU countries which reference an EU or EEA Member State, but where such reference is not imported from an EU Directive. There is no requirement for the EU27 to treat the UK as an EU / EEA state from January 31 as it relates to these matters. Examples of such references could include:

EU-US tax treaties may not be binding in the US for UK entities:  A number of double tax treaties between EU Member States and the US contain references to Member States in determining whether an entity can qualify for treaty benefits. There may examples where a US increased tax burden could occur after 31 January.

What should business do?

Communicate with your customers.  Some customers in the EU may be wrongly expecting 31 January to be a ‘cliff edge’ Brexit.  It is important to reassure these customers that nothing changes on 31 January: there should be no disruption at all to EU customers on 31 January.

Communicate with your people:  make sure your employees know that free movement continues during the transition period and that the UK has guaranteed that EU citizens currently living and working in the UK and their families can remain after the implementation period if they apply for settled status. Make sure people know how to apply for settled status – the deadline is 30 June 2021. Details here.

For exports to third countries (including services), check the ‘continuity trade agreement’ list published by the UK Government and asses the impact and contingency plan for any markets where no roll-over of existing EU trade agreements has yet been agreed. Check again once the Withdrawal Agreement has been ratified.

Multinational groups with entities in the UK and in other EU countries or the US should check on potential tax exposure.  Multinational groups should act now to review current and historic treatment of their EU companies and transactions for any reliance on provisions which reference an EU / EEA Member State, and such provision has been or is applied with reference to the UK. US-UK groups should review wider treaty positions for any reliance on EU companies or EU based tests.

My brilliant colleague Matt Stringer, head of international tax at Grant Thornton, can help if you need further advice on the tax points.

Whilst the terms of future UK-EU trade have yet to be determined, the options have now narrowed to either a ‘Canada style’ free trade agreement or trading on WTO terms and business can therefore plan accordingly. Whatever happens, new customs processes will need to be implemented by any import / export business, as the UK will leave customs arrangements with the EU. More on this over the coming months…

Meanwhile, if you haven’t already done so, do check out my post-election webinar which covered these points and more: grantthornton.co.uk/insights/conservatives-win-mandate-to-get-brexit-done/

Barring any last-minute mishaps, the UK will leave the EU at 11pm on 31 January. This should be on the basis of the EU-UK Withdrawal Agreement, avoiding a "cliff edge" no-deal Brexit at this point. Whilst the "implementation period" guarantees that little changes on 31 January, you should ensure your customers and employees understand this; and there are some exceptions that could affect your tax and market access outside the UK. 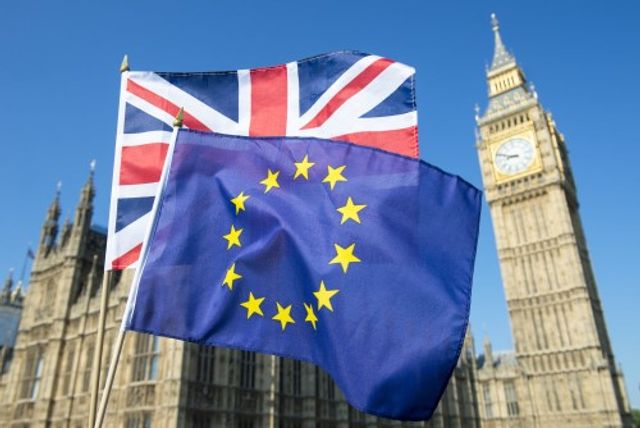