Last week the UK and EU both published their respective mandates for negotiations on the future EU-UK relationship.  At the core of this is the question of a Free Trade Agreement.  At a recent round table I attended in the City, one business leader asked why this is being called a “free trade” agreement when it will create more barriers to EU-UK trade than currently exist.  This is the nub of the negotiations.

Normally trade deals are between two parties who are seeking to remove barriers to trade and enter a closer trading relationship.  Brexit means that the UK and EU are negotiating an agreement that reverses frictionless free trade and is designed to weaken the ties between their economies.  It would be better to view this as a “Friction Trade Agreement” - there will be friction in all areas, the agreement will determine where these are greater or lesser.

The talks kick off this week, first in Brussels and then in London (where the Department for Business basement has been cleared for the talks). We have also seen a ramping up of rhetoric on the UK and EU sides in advance of this.

So, what do both sides agree on, what details do businesses need to especially look out for, and what is the likelihood of reaching an agreement?

Here are my three conclusions from analysing the UK and EU positions and what they mean for businesses involved in any EU-UK cross border activity:

1 - The UK and EU agree on a number of things that will definitely not be in the trade agreement, which business should plan for now:

Business can prepare now for all these areas, ensuring they are ready for cross border EU-UK business from 1 January 2021.  Don’t wait for an EU-UK agreement to start putting in place the processes you need – many of which have significant lead times.

2 - In other areas, the devil will be in the detail – and the actual deal may not provide much certainty for business plans.

There are a wide range of areas where both sides want to reach an agreement, which will be of critical importance to businesses. These include:

The detail of what may be agreed on these will be critical. It is worth noting that the UK seems to be seeking more advanced proposals (more permanent and or a greater degree of reciprocity) than the EU is offering.

Either way, provisions are likely to be based on existing EU trade agreements and processes rather than new arrangements and the agreement may only agree principles and processes for further work; the actual detailed arrangements may be subject to further discussions over the next few years. To give an example, the EU-Canada trade agreement provides for mutual recognition of qualifications but only establishes a process for relevant bodies to agree on recognition; in the last two years only one profession (architects) has actually used this to agree on mutual recognition.

In other words, businesses will need to see the detail in these areas.  But don’t hold your breath.  Provisions may be pretty limited and may only establish processes and governance frameworks for further work.

3 - The chances of no agreement have increased. Be prepared for a ‘WTO’ cliff- edge on 31 December

The UK has very firmly ruled out any extension to the current transition period - setting up a drop-dead date of New Year’s Eve this year. Significantly the UK raised the stakes this week by saying that if enough progress was not made in talks by June, then it would consider focusing its attention on preparing for a ‘no deal’ at the end of the year rather than continuing negotiations:

“The Government would hope that, by June, the broad outline of an agreement would be clear and be capable of being rapidly finalised by September. If that does not seem to be the case at the June meeting, the Government will need to decide whether the UK’s attention should move away from negotiations and focus solely on continuing domestic preparations to exit the transition period in an orderly fashion”

There are a number of obstacles to reaching a deal.  The big issues include EU requirements on a ‘level playing field’ including application of EU state aid rules in and to the UK, and the UK’s refusal to allow the European Court of Justice to have any role in settling disputes.  The UK also seems to have ruled out any agreement on defence, security and foreign policy – which is an express objective of the EU.  And talks could be derailed on fisheries (EU wants their fishing fleets to have similar access to UK waters as now; the UK wants annual negotiation of fishing rights) and Gibraltar (the UK wants any agreement to include Gibraltar; on the EU side, Spain has a veto on this).

In a rational world, a deal can be done and circles squared. But political logic not economic or legal logic is driving these talks. Some of the current rhetoric is posturing, intended for a domestic audience and not a serious part of the negotiations. We have seen compromise is possible – with the last-minute agreement of a Withdrawal Agreement in October last year. But that was when the government had no majority; now the UK government has a big majority.

The UK government above all needs to show its pro-Brexit supporters and voters that they have negotiated a real Brexit, that creates independent sovereignty in all areas for the UK - not “Brexit in name only”. All the key Ministers in charge of Brexit policy are now true believers in Brexit - unlike Theresa May’s government there are no soft Brexiteers in cabinet.

Furthermore, trust between the UK and EU has declined; for various reasons (including UK statements that there will be no checks on goods between Northern Ireland and Great Britain), the EU is increasingly viewing the UK as an unreliable partner.  EU capitals now view the UK as a third country - which means much more detached decisions on their part, and much less willingness to compromise. Two weeks ago, I rated the chance of a Deal at 60%. Right now the chances seem lower - 50/50.  Other experts have a range of views (for four views see this FT article).  The odds on an agreement will fluctuate over the coming months but it’s not an auspicious start. 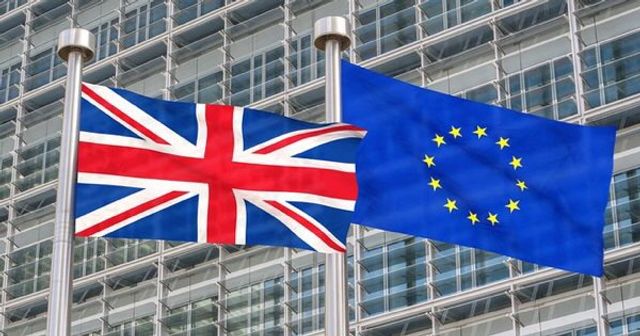